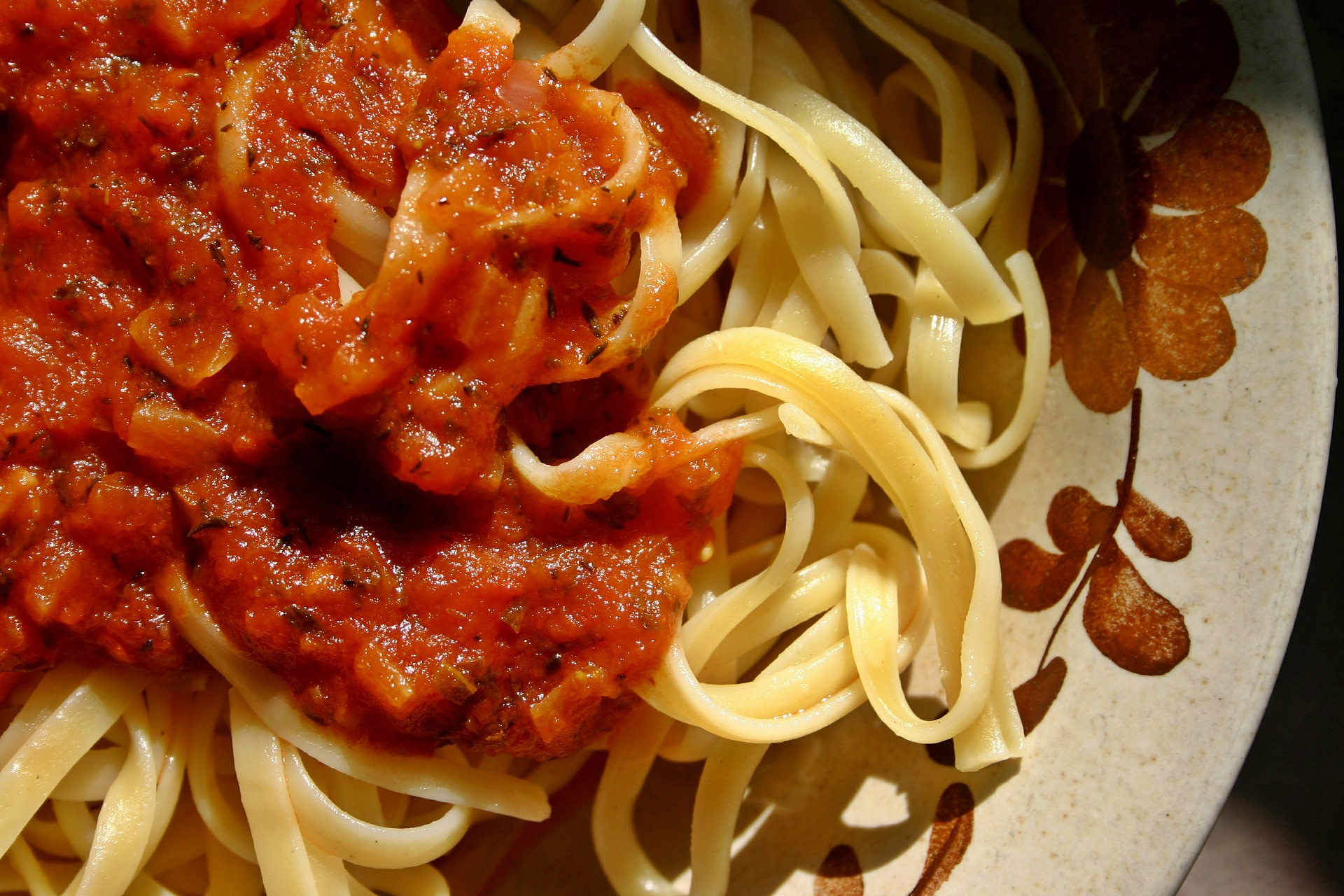 Don’t mind the pun, it’s World Pasta Day and definitely something to celebrate!

In the 1960’s spaghetti bolognese became a British staple and commonly a weekly menu item in nearly every household. Since then, things haven’t changed much. Pasta is one of the worlds (and England’s) favourite dishes. Italy and Venezuela eat the most pasta per capita according to a survey done in 2011, here in the UK we consume, on average, 2.5kg of pasta each! Now that’s a whole lotta pasta!

Pasta, spaghetti, angel hair, penne, macaroni, whatever noodle you nosh on it’s time to round up some of our favourite pasta dishes to honour the day. Pasta is relatively inexpensive, simple to spruce up and feeds a load of people with relatively a little. Serve up one of these delicious pasta dishes this weekend.

Our pasta adventure begins with the spiral fusilli pasta. Fusilli originated in Southern Italy where pasta chefs would wrap fresh pasta around a metal rod creating a spiral shape. The pasta is perfect for salads and thick sauced dishes as the grooves in the spiral hold onto amounts of sauce making it extremely tasty.

This recipe from Taste.com is simple with fresh flavours and is easy to make as a last minute tea. It really is as quick as boiling your pasta, throwing in some spinach, creme fraiche and crushed garlic and topping it with some crunchy breadcrumbs. Ok, so there are a few more ingredients like lemon and flat leaf parsley but it seriously is a quick recipe that tastes delicious!

Pappardelle with Pumpkin and Bacon

Pappardelle is the wider cousin of fettuccine. This recipe was originally featured in Masterchef in 2012 by chefs Sophia Young and Jessica Brook. It brings together all my favourite flavours, pumpkin and bacon. Like I’ve said before nothing has ever been ruined by adding bacon to it, it’s absolutely fantastic and this dish is no different.

In the recipe it calls for “butternut pumpkin” I don’t think you would be doing yourself a disservice by using either pumpkin or butternut squash as they are both easily attainable during the autumn season. They each add their own flavour so why not make a pot of each and see which is your favourite? When I make this recipe I don’t top with ricotta, but use goats cheese instead. Goats cheese goes nicely with pumpkin and it adds a sweet flavouring to the dish, use sparingly (unless you love your goats cheese!).

Spinach and Lemon Soup with Orzo

Orzo pasta is easily confused with both rice and risotto. It is very small oval shaped pasta that resembles the later. They are mostly used in soups and stews and are a perfect addition to make things a bit more “meatier and filling”.

This recipe from Gimme Some Oven is a refreshing alternative to your workday lunch routine. While the name of the dish may make you want to think twice, think of it more like an Italian egg drop soup. It’s fantastic. Lemon, egg, garlic and spinach come together with the orzo pasta to create a hearty “soup” that will definitely keep you full until tea time. It’s perfect for make ahead and heats up nicely when you need it.

Farfalle pasta is better known as bow tie pasta and is widely used in pasta salad dishes. They are fun shapes perfect for meals made for families or children. This recipe from She Knows definitely fits the bill.

Asparagus and blue cheese go together like well prawns and pasta, so the entire ensemble is perfection. The only difficult part of the dish is to make sure that you cook the asparagus and prawns perfectly or your could have an epic kitchen fail on your hands. But master these ingredients and this meal will be one to remember, the creaminess of the blue cheese with the rustic flavour of the asparagus is to die for.

Don’t forget, when cooking pasta, nine times out of ten pasta is meant to be cooked al dente. Al dente is to have a bit of bite to it, not be complete mush. Keep an eye on your pasta when it is cooking to keep it from going the way of mashed potatoes.

There are so many pasta dishes and types of pasta out there, we just can’t feature them all. Cook up some cannelloni, master manicotti or have lasagna for lunch. Share your foodie pics with us on twitter with the #pastadayplates and tag us @appliancecity.