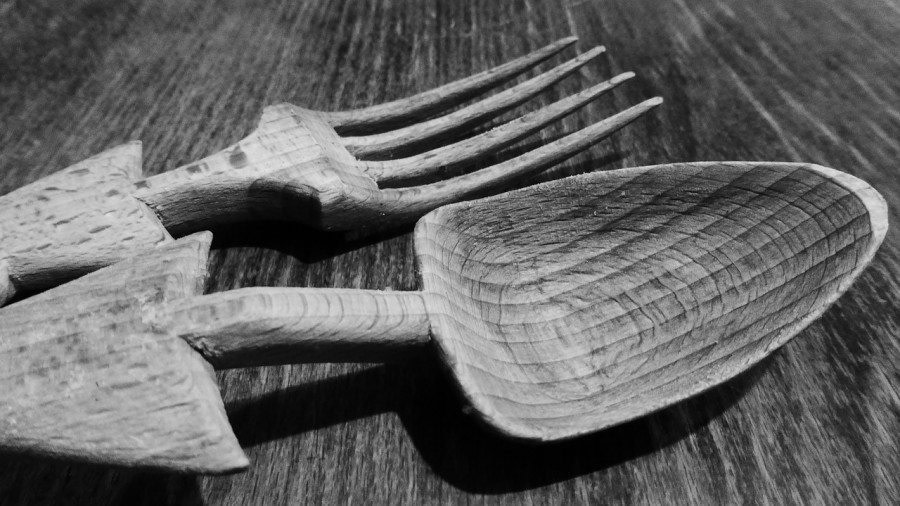 ‘Necessity is the mother of invention’ – this phrase attributed to the Grecian philosopher Plato has been the starting idea for many of the great technological advances throughout the ages.

With the kitchen a hotbed for technological development, a lot of ‘inventors’ have tried to find a gap in the market for a kitchen appliance that will revolutionise peoples day to day lives, however with so many people thinking up so many ideas, not everyone is going to be a hit. These are my top 10 kitchen gadgets that didn’t quite catch on.

Probably my favorite failed kitchen appliance has to be the madness of the Microwave Bank…yes you read that correctly! In 1998 American hardware giant NCR thought that it would be a fantastic idea to let people pay their bills, transfer money and surf the internet right from your very own kitchen box that’s spewing out radiation. Safe to say it didn’t take off, I think a slow hand clap all-round is in order, mind boggling.

It’s only in the western world that an invention could be created that made it easier to increase obesity, after all you can’t be wasting your ice cream by having it running down your fingers can you! The motorised ice cream cone holder is a device that rotates so that any drips are kept at bay…I know what you’re thinking, it’s just what you’ve been crying out for! And for a mere 13 dollars, your prayers can be answered, oh and it’s dishwasher friendly! Pointless.

I know what you’re thinking, finally someone has come up with a device that lets you easily line up my egg slices to the edge of my bread! It’s hard to imagine why it’s taken this long to invent….no? not your thoughts either? This product really does come under the most pointless things in the world bracket; it’s not often that I’ve found myself longing for a more cube-like egg and I very much doubt that I’ll ever get the craving for it either.

Another kitchen appliance that doesn’t fail to make people giggle is Hapilabs Hapifork. A recent creation, announced just this year, it is designed to help you lose weight by monitoring how fast you’re eating and how much is on your fork at that particular time. At £64 a pop unsurprisingly it has been panned by critics and consumers alike, I wouldn’t count on having one of these in your cutlery draw.

Bacon, just the very word is enough to make many of us salivate in our mouths, so any idea or application that is going to improve the taste or speed of cooking time is going to be very well received right? Unfortunately not. The Vertical Bacon Cooker was actually a good idea but in the end created more problems than it solved. The cooker draped bacon over a cooking unit that was above a drip tray that was meant to catch the excess grease, as much as this was the idea, it instead poured most of the grease onto the cooking unit and was a nightmare to clean. Stick to the tried and tested methods of grill and frying I say.

Wish you could tweet whilst putting away the butter? Want to catch up on emails whilst your partner tries to get the milk out from underneath you? Are you sick and tired of not being able to fully interact with your fridge? If you’ve answered yes to any of these questions then…ok…but as id imagine the majority of you would say no, then the internet fridge is probably not for you. It may look pretty cool, but in terms of practicality (and price) it doesn’t really make much sense to have one, as im pretty sure that most people, myself included, only require their fridge to, well umm, keep things cold? Maybe I’m just old fashioned like that.

Are you like me and just wish that you had something to hold the troublesome banana? If I had a pound for the amount of times that I’ve been walking around and just had a banana slipping out my hand and wishing I had another way to transport it around, well I’d be a very rich man. No? Well that is very surprising news! But in all seriousness, no surprise here that this gadget didn’t quite catch on, and it must go down as the most pointless kitchen gadget in the history of the world. Ridiculous.

Again this is another good idea in theory, fantastic tasting rotisserie style chicken or turkey available from your very own home. The problem however, is that when making these sort of kitchen appliances, as much as they make decent tasting food, the development team forget to include a way to make it easy to clean and therefore all the positive benefits you get from the food are quickly forgotten as you go to battle cleaning the thing. Unfortunately for the developers these machines haven’t taken off and are now a plaything for the super trendy rather than your average Joe.

Another kitchen appliance that really stinks (get it) is the trash compactor, again whilst it sounds like a good idea, by compacting all your rubbish into a smaller package and reducing the trips to take out the bins, it came with two major problems. The first was that it required specialist and expensive bags to withstand the large amounts of crushed rubbish and secondly the crushed rubbish was ridiculously heavy to carry, not exactly making it easy. Also with the trend now to recycle everything you use into different boxes this idea has become practically pointless.

Ahhh asparagus, the play food of the middle classes, not exactly the most popular of vegetables around and still, the geniuses who think up kitchen gadgets believed that they had spotted a gap in a market for asparagus problems that you thought you never had. They must have thought about the countless number of people who struggle daily when peeling their asparagus and believed ‘were doing the world a favour’, but trust me you’re not, because peeling an asparagus was never really a problem to begin with in the first place and do we really need a special tool? Common sense (and sales) would suggest not.