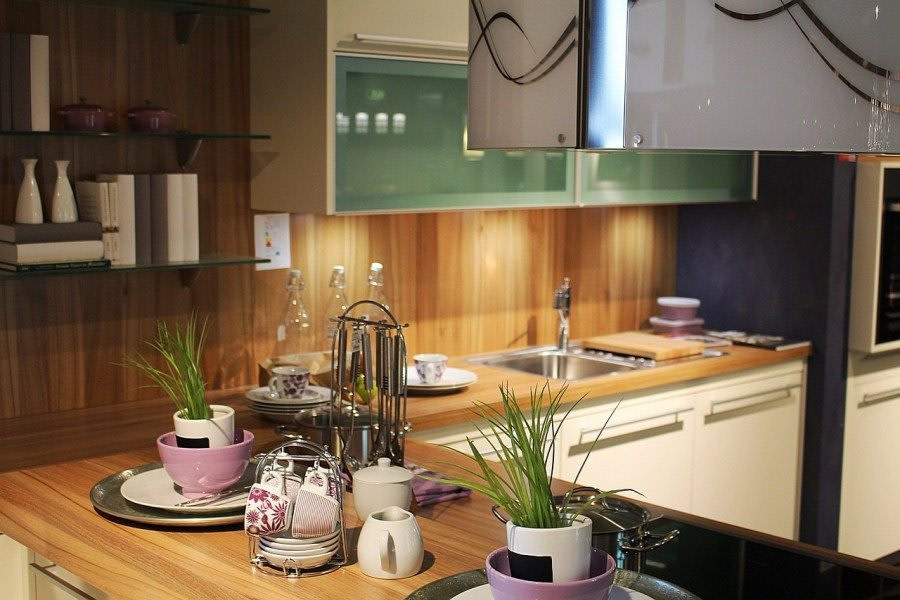 You might not really think about it, but the kitchen can be a dangerous place – it is the one room in the house that offers up so many ways of hurting yourself, whether it be the knives, boiling water, electricity or burning yourself on the hob and if you don’t take care and are sensible then you are going to get hurt. The problem however, is that the kitchen is also place for a lot of wonderful things, it can be a place for creation, an area for all your favorite foods and a place to socialise and therefore that provides the problem that not everyone is so careful and thinks about the dangers when entering the kitchen. It is used near enough every day, a few times a day, so why would you think about the dangers every time you wandered in and this is when accidents occur.

Here at Appliance city we have come up with a top 5 list of accidents that occur in the kitchen and how to prevent them ever occurring in the first place and some of them will completely surprise you.

Not one you might have originally thought of but studies have shown that it is a very common kitchen based injury, in fact it has its own medical acronym called BRI’s which stand for bagel-related injuries! Apparently people cut their hand when slicing a bagel because they hold it wrong when slicing and go through the bagel to cut their hand.

The ‘correct’ way to slice a bagel, if there is one, is to lay it flat on your kitchen surface whilst keeping it steady with your hand and using a serrated bread knife, slice the bagel horizontally, keeping the knife parallel to the work surface. Who knew that this much work was needed for cutting a bagel!

Spilling liquids is a simple enough mistake, and you can probably do it a hundred times without ever having any accidents. I mean who hasn’t forgotten about a boiling pan to see the water tipple over the top and onto the floor or splashed water everywhere when washing up, it happens and often you get distracted and forgot about it and then someone later comes along slips in the liquid and hurts themselves.

Of course the simple option is to clean up spills as soon as they are created and if you struggle to always remember doing that, then keep a few dish cloths on the side so that there constantly in your eye line and close at hand.

Maybe another surprising one but chilli peppers are a popular choice when cooking and if not looked after and used carefully can result in some uncomfortable and very painful results. Chillies, while delicious, have natural oils that can result in burning anything they come into contact with including your fingers. To stop this burning occurring you can do simple things like wear rubber gloves or if you don’t like the thought of cooking in gloves, then you can coat your hands in vegetable oil before chopping which will also stop the burning.

Once chopped wash your hands immediately with soap and warm water, if you have for any reason got the oils on your hands then dip them in milk or yogurt to numb the pain. And the top tip I would give anyone whose working with chillies is…..DONT RUB YOUR EYES! It could be a very painful evening.

Washing-up dishes is a monotonous but needed activity (unless you have the luxury of a dishwasher), you don’t really spend much time organising what’s going in when and where because you want it to be over as soon as possible so you can go back to enjoying life. This however creates the chance that whilst not being fully attentive you can cut your hand on a sharp knife or pierce your skin on a slightly chipped plate.

Apart from the obvious, pay attention to what you’re doing, the way to stop this is by storing your sharp objects on the counter-top until there ready to be washed individually rather than throwing them all in at once.

Come on now we’ve all done it, you’re cooking away and suddenly you accidentally touch the pan or boiling water splashes and spits out at you or taking stuff out of the oven and risk it by using a dishcloth rather than over gloves, yes we’ve all been there and have had to live with consequences. There are probably hundreds of ways of burning yourself from the minor sharp small burns you get from touching a hot oven tray to setting yourself on fire by leaning over an open flame and catching hair or clothing.

Of course setting yourself on fire is only going to happen on rarest of occasions whereas minor burns can happen every time you cook. Not much you can really do to prevent the tiny burns as they a common accident, but in case of a large fire or burn make sure you always turn the oven and stove off after cooking and preferably have a fire extinguisher in the house just in case, because you just never know.

This site uses cookies, by continuing to use this site you consent to cookies being used: Find out more.