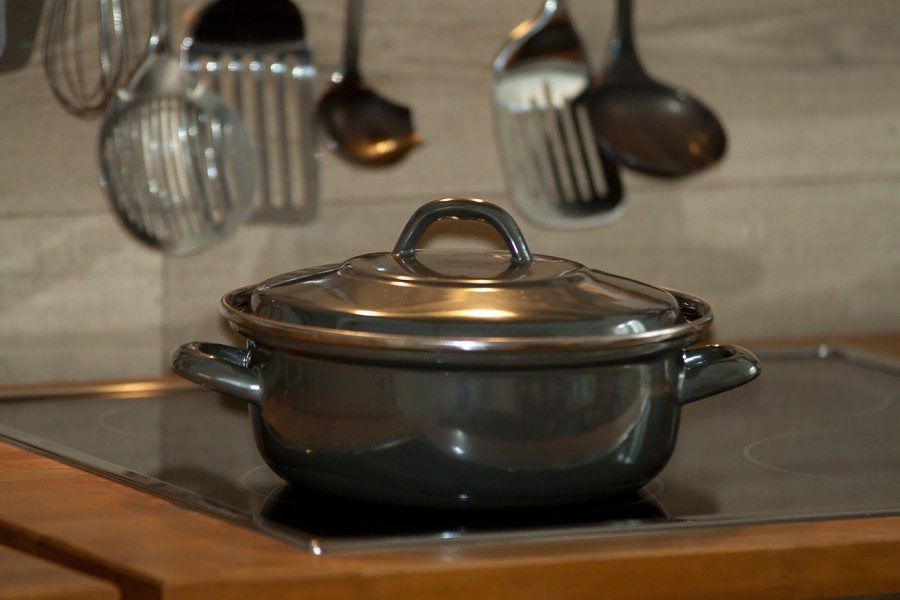 Induction hobs first came onto the culinary scene around 20 years ago, but it’s only in more recent times that their popularity in the household kitchen has grown. But what exactly is an induction hob and should you consider getting one?  Read on to get all the information you need to know.

What is an induction hob?

When it comes to cooking, most of us have a gas, halogen or electric hob. But, increasingly, induction hobs are muscling their way in on the cooking market, making a reputable name for themselves. But what are they and how do they work?  Basically, they look quite similar to an electric hob, but they work in a completely different way. They use electromagnetism to create a magnetic field between the pan and a copper coil magnet, which is situated below the glass top. Electricity passes through the coil to the pan, creating electromagnetic energy, which releases heat. This means that only the pan gets hot and not the actual hob itself.

For starters, induction hobs will cost you more than other types of hobs, such as gas, electric or halogen. However, as technology is advancing and competition increases, prices are coming down somewhat. An induction hob bought today costs about half what it would have done five years ago. You’ll also need to get an electrician to install the hob. Some people may argue that because induction hobs are energy efficient, you can make savings through reduced energy bills, which can help off set the initial costs of buying the hob over the long term.

Induction hobs are highly efficient. The electric current used to heat the food is of low voltage, making it energy-friendly. Because the hob only heats the pan, there is no wastage of energy to the hob or surrounding atmosphere. Unlike electric hobs, which can be slow to heat up, induction hobs are fast at heating the pan giving instant cooking control, again reducing the amount of energy wasted. It has also been argued that induction hobs can heat up a pan of boiling water quicker than a kettle. So, if you want a hob that heats up quickly but also cools down fast, then an induction hob could be ideal for you.

One of the most positive features about an induction hob is that it is safer compared to traditional forms of hobs such as gas and electricity. Because the hob itself doesn’t get hot, it reduces the incidences of potential burning if touched by accident. It may be a preferable choice of hob for those families with small children, where safety in the kitchen is a high priority. Induction hobs don’t have a naked flame, so they are also safer when it comes to fire risk. They will also cut out if the pan boils dry, which is a very useful safety feature.

Induction hobs are really easy to clean, because they are made up of a flat surface. Because they run by controllable heat, it’s not often that the pans boil over, so that you are less likely to have to wipe up any spillages on the hob. Equally, because the hob doesn’t get hot, any spillages that do occur won’t stick to the hob as a result of the heat.

One of the downsides of getting an induction hob is that you can’t use your ordinary pots and pans with the hob unless they have the correct base. This is because, for the induction hob to work, the pans need to be iron-based to allow the magnetic energy to pass into the metal and heat the pan up. So, it may mean having to buy a new set of pots and pans. However, you can pick up suitable pans at a reasonable cost, and if you don’t want to part with your favourite pan, you can even buy an induction disc that you can fit to your usual pans, so you can still use them with your new induction hob.

Another negative aspect of an induction hob is that they can be noisier than other hobs. This probably won’t be a problem for people whose kitchen is a thrive of noise and activity anyway. The likelihood is, that as technology advances, induction hobs will probably get quieter over time.

If you have decided it’s time to replace your old hob, and you think an induction hob could be the right choice for you, how do you decide which type to go for?  Lots of the leading brand names now produce induction hobs, so you should have plenty of options to choose from.

You’ll need to decide how much you want to spend. Prices can start from around £300 and can go up to £3,000 for top-of-the-range models. Think about how much cooking you do and how big your family is. What about space in the kitchen?  Do you have sufficient room to get an induction hob installed and how will it fit in with the rest of your kitchen decor and styling?  Induction hobs are a really welcome addition to any modern and stylish kitchen, and work well as part of a kitchen upgrade.

It’s always a good idea to get an overview of the different models available. Go into a kitchen showroom and speak to the sales assistant. See if you can get installation included as part of the price and read online reviews.

Some makes of induction hob come with various features, including timers, child safety locks and flexible cooking zones so consider which elements are important to you. Some models can even monitor the temperature of the pan and adjust the heat, as well as making a beeping sound when any water on the hob has reached boiling point. This makes a great feature for anyone looking for a really energy efficient hob.