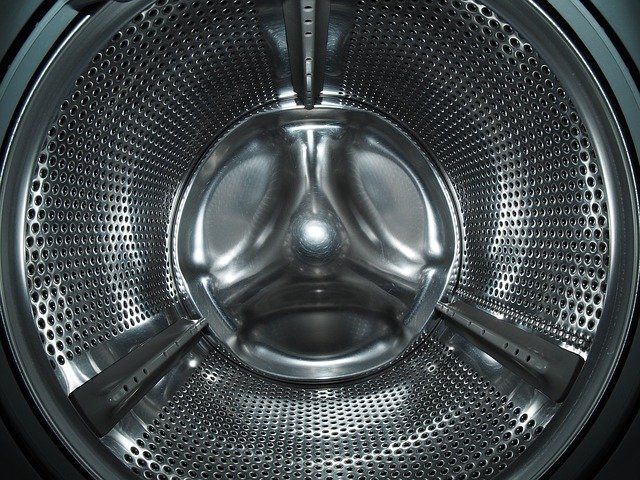 Thankfully it’s not very expensive, which makes it even more attractive if you’re on a tight budget. In this blog post, If this sounds like something you’ve been dealing with, don’t worry!

Image by Steve Buissinne from Pixabay

Now you’re aware of what is causing the issue within your appliance, it’s time to get started on how to replace the door seal. There are several ways that you can go about this. Some models of washing machines are easier to fix than others, but this guide will show you how to replace a washing machine door seal for almost any model.

First of all, we need to remove the old seal that’s causing the issue.

The first step of replacing your door seal is to unplug the washing machine. There should be no power going to the machine whilst you operate inside it.

Remove screws of the front panel

If your washing machine does not allow you to remove the front panel, then there are a couple more options that can make the replacement process a little easier.

Most door seals are fitted with a plastic retaining spring or band that will need to be removed away before the seal can be removed. Using a flat-head screwdriver, pry away from the around the rim and pull entirely off the seal. Some appliances may not have an outer spring on their door. If this is the case, your job should be a little easier!

Fold the door seal into the washing machine

Gently fold the door seal from the edge of the drum using your fingertips or a flat head screwdriver. This will grant you access to the inner retaining spring or band around the drum. There may be some clips holding the seal in place. These can be removed with a screwdriver by removing the screws holding them in place. They may also need prying off with a flat head screwdriver. Generally, these clips require screws that hold the band tight in place but do not fret if your appliance does not have these.

This is the band that holds the seal firmly in place. As the most important part of keeping the door deal in place, this retaining band can be particularly difficult to remove. They are slightly different from the outer band, and generally have a screw or nut holding the spring in place.

Find the drain holes on your old seal

Note their position, as your new seal will have similar holes for drainage that need to be installed in the same place in the machine.

Pull the seal away from the drum. This should be pretty easy, as there should be nothing holding it in place. However, you may find that your seal could be stiff, or even glued in place. Be mindful as you pull your seal from your washing machine.

Wipe away any excess grime from the drum and the inside of your washing machine door.

Some new seals come pre-lubricated. If not, you can use a little dash of washing-up liquid to help replace your door seal.

Place the new door seal over the drum

Align the drainage holes at the bottom of the seal with the holes in your machine door.

This can be more difficult than removing the spring. As some models age, the inner spring can tighten and be difficult to loosen. If this is the case, persistence and perseverance are key to fitting the inner spring. Holding the tightening screw or nut in place at the top, inch the rest of the band onto the lip using a flat head screwdriver to fit the new door seal.

Now the hard part is out of the way, it is time to unfold the seal onto the outside of the drum. Refit the outer retaining band to hold the seal in place.

Lastly, it is time to reattach all the parts you initially removed to access the door seal. Some appliances do not require the need to remove the front panel or lid, but it is advised for ease of access to the internal of the machine.

There are many different reasons your door seal may have broken. Whether internal debris has ripped the rubber, and water is leaking from your appliance throughout your kitchen. Or whether your seal has become worse for wear, and old age and overuse have caused it to deteriorate. Whatever the reason, replacing your door seal can be quick and effective.

With your newfound knowledge in mind, ensure that you have all the correct pieces that your model requires. Following this guide for how to replace a washing machine door seal, it should be relatively straightforward.

Expert Tip: One of the most common reasons for breaking seals is an accumulation of dirt within the gap between the door and frame. To prevent this from happening in the future, you may want to consider using a vacuum in between uses to gather up old tissue and debris from your door seal.

If you are still struggling to repair your door seal, do not hesitate to contact a professional. If problems are still persisting, then the issue may not lie within your door seal.