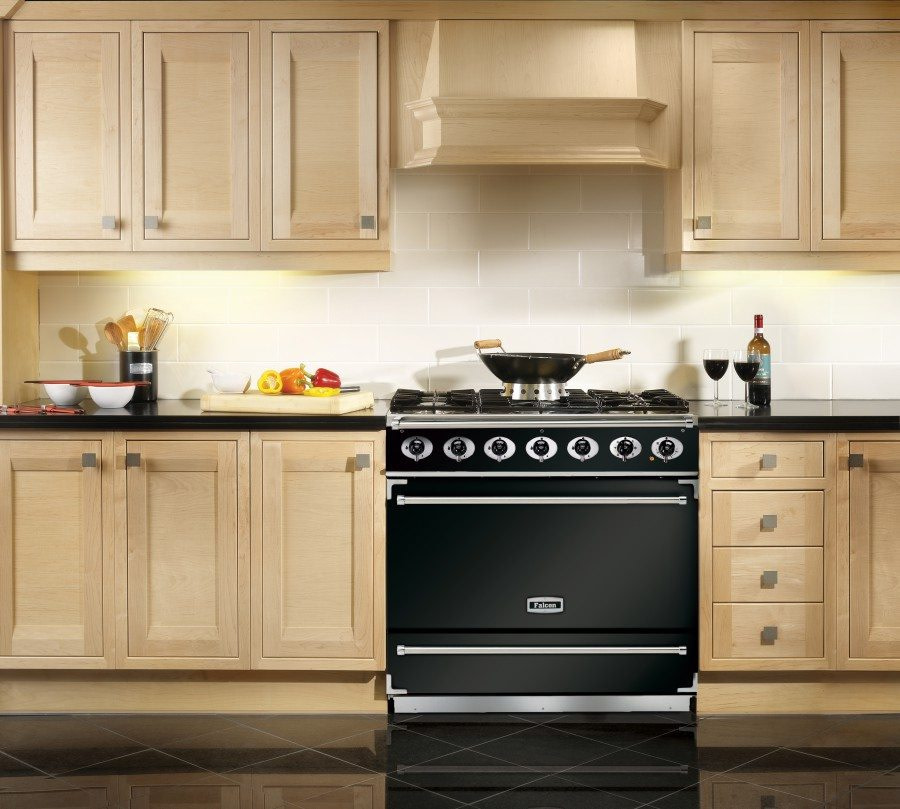 Shopping for a new cooker? The information below will help answer some of the most commonly asked questions that come to mind when you’re in the market for a new cooker – namely “what cooker should I buy?” and “which cooker is best, gas or electric?”

The natural gas cooker uses gas to create the flame that cooks your food. Your cooker feeds gas through to the surface and once the ignition is pressed it will create a spark which will create a flame.

One of the main benefits to using a gas cooker is the fact they cook faster than electric ovens. This is because electric ovens take time to reach temperature, but a flame generates heat almost immediately.

How Do Natural Gas Cookers Work?

When your appliance is installed, a connection will be made from your gas mains through to your cooker. When you turn your control knob on the appliance, you’re also opening a valve which will allow gas to flow into the cooker’s pipes.

When the ignition is pressed (or when the appliance automatically triggers an ignition) a spark is produced. This spark will meet the gas and produce a flame.

A dual fuel cooker is often considered to be the best of both worlds. This style of cooker is comprised of a gas hob, similar to the style noted above, and an electric oven.

They’re so popular because the gas hob offers instant heat and quick cooking, while the electric oven provides fast cooking and an even temperature throughout.

How Do Dual Fuel Cookers Work?

The hob of a dual fuel cooker operates in the same way as a hob on a full gas cooker. The appliance connects to your gas mains, and an ignition is used to create the flame used for cooking.

The oven element of a dual fuel cooker operates like any other electric oven.

The oven is turned on and using the dials on the outside of the oven, the temperature is chosen. Then, the heating elements within your electric cooker will begin to warm, until they have reached the desired temperature.

An electric ceramic cooker combines an electric cooker, as described above, with a ceramic hob. Ceramic hobs feature a glass surface with electric heating elements underneath. This style is popular on account of its stylish appearance and ease of use.

How Do Electric Ceramic Cookers Work?

The oven within this type of cooker operates in the same way as outlined above for dual fuel cookers. The ceramic hob utilises heating elements underneath the glass surface. The heat that is generated through the heating elements then heats the hob, the cooking equipment, and the food.

Our range of Freestanding Cookers has a number of options to suit any budget and any interior. With different fuel types to choose from, and free delivery when you buy online today, save money at Appliance City!

Most electric induction cookers feature an electric oven, and an induction hob.

How Do Induction Cookers Work?

An induction cooker with an induction hob generates an electromagnetic current that runs through the coil under the glass surface to create a fluctuating magnetic field. Heat is only produced once a pan is placed on the hob. The surface of the hob itself is not heated.

Now that you are armed with all of the information above, you will be able to decide which style of cooker suits your needs the best.

If you’re preparing to buy a new cooker and need more research before you begin then read our Buying Guide to Cookers for more information. If you would like to discuss our range any further then do not hesitate to contact us.

For more essential kitchen appliances, check out our cooking and refrigeration ranges. From stylish wine coolers to powerful range cookers and sleek fridge freezers to powerful hobs, we stock the latest and greatest from the world’s leading manufacturers. Shop today at Appliance City and save money!