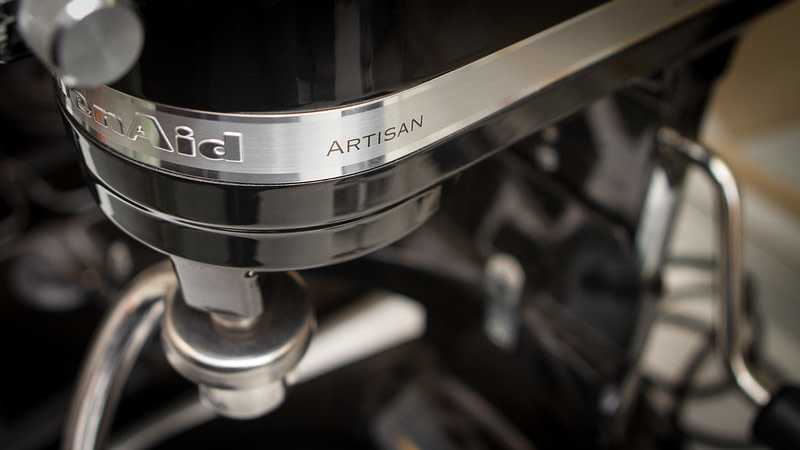 Stand mixers can be quite overwhelming; especially if you’ve just upgraded from a hand mixer. And, if you haven’t yet taken the plunge and purchased a stand mixer, please have a read of our guides: Stand Mixers v. Hand Mixers and Which Stand Mixer Is Right for You?

Stand mixers come in a variety of brands and sizes, and have different functionalities. Some stand mixers are capable of kneading dough and mixing up ingredients, where others have food processor attachments and meat mincing capabilities.

How do You Use a Stand Mixer?

Read the instructions that come with your mixer as the setup will vary between manufacturers and styles. However, in either case, you’ll have a mixer with a bowl that lifts up and down by use of a lever or the head will tilt back. Figure out which one you have and assemble the bowl.

Once the attachment has been locked into position, choose your speed setting and the attachment will start to spin. It’s always better to start off on a lower speed and gradually work your way higher so you don’t have the likes of flour flying everywhere.

The main types of stand mixer attachments are a stainless steel wire whisk, aluminium flat beater, and an aluminium dough hook. There are more attachments as mentioned above, but for this article, we’re going to concentrate on these three.

What Are the Different Mixer Attachments For?

The attachments that are included with a stand mixer all do different jobs and are used for different methods of cooking and baking. One attachment may work brilliantly when making cakes, but then fail when you want to knead some dough. Take a look at the different attachments and what they do, below.

The wire whisk attachment is exactly the same as your standard manual whisk; the difference being that you attach this whisk to the stand mixer and the stand mixer does your whisking for you.

If you aren’t familiar with a whisk, a whisk is a device that has thin metal prongs that intersect each other and join together at the handle.

For a wire whisk, you’re going to want to use this for gently mixing dry ingredients such as flour and sugar, beating eggs and cream, and making homemade butter.

The paddle attachment, or flat beater, is used to mix cookie dough or cake frosting. It can combine wet ingredients such as the meat and vegetables used for meatballs. And, it can blend wet and dry ingredients together such as mixing melted butter into flour or lightly mashing baby potatoes and combining them with butter or milk.

What does the paddle attachment look like on a mixer?

The flat beater looks a little like a whisk however it’s flat on both sides and has a larger gap between the prongs. The gap allows the ingredients to pass through the attachment where it can then mix together with the other ingredients that are in the bowl. To ensure that the mixture is combing correctly, a flat beater has a thicker edge to stir the ingredients around the bowl.

A dough hook is used for the creation of bread-based foods. What the dough hook does, and what it looks like, is in the name of the attachment: it’s for dough and it looks like a hook.

If you’re unfamiliar with a dough hook attachment, it’s a piece of metal that is either hook-like in shape or a spiral bar with a slight hook at the end.

The dough hook is used to knead dough for all types of bread and pizza dough. It’s definitely a lifesaver; kneading dough is a tough task!

How do You Clean Your Stand Mixer Attachments?

Cleaning your stand mixer is easy. Remove the attachments from the stand mixer as described above and you can wash them without any issues. For the bowl, you simply need to release it from the machine.

Use a soft soap and a clean cloth or sponge to clean the attachments. Whatever you do, don’t use anything harsh such as a scouring pad. The pad will scratch the surface of the attachments leaving them susceptible to bacteria; not to mention they won’t look as nice!