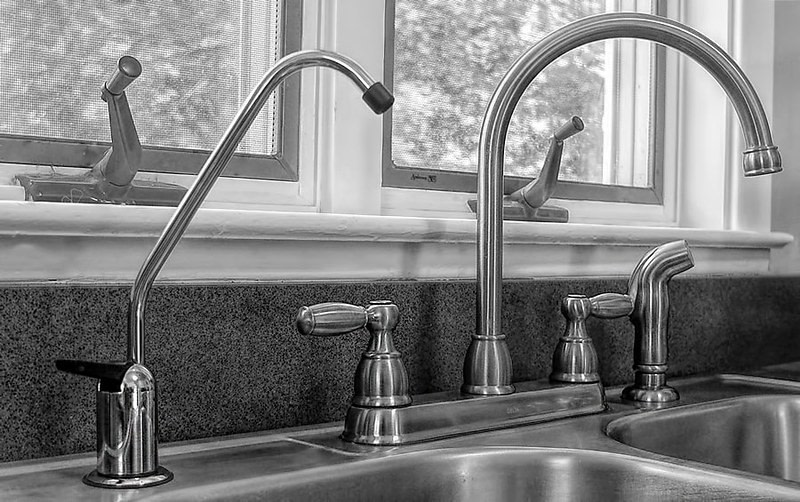 Hot water taps are incredibly beneficial if you want boiling water on tap – who doesn’t want to instantly half the amount of time it takes to make a cup of tea?

Instant hot water taps for kitchens are a great addition to any home; especially if you and your family love multiple brews a day or you’re in the market for an appliance to purify your water.

In essence, you may think a boiling water tap is dangerous. But, it’s only as dangerous, if not less dangerous as a kettle. Kettles hold boiling water which is then picked up and tilted to an angle. The genius of a boiling tap is that your mug or pan can be held or can sit directly underneath and you simply need to switch the tap on. No handling of water is needed for a boiling tap.

Boiling water taps have a lower pressure to ordinary taps. This reduced pressure prevents the boiling water from splashing or spitting at you when you’re making a brew or filling up a pan.

Another concern that you may have is regarding small children. A lot of hot water taps have a safety lock installed within them. This prevents curious little hands from being able to use it.

Hot water taps are energy-efficient when compared to using a kettle. Most people will pour more water into the kettle than is needed. This results in a kettle using more energy to heat all of the water. As you’ve boiled more water than needed, the leftover water will usually get poured down the sink or reheated again.

For more information on the energy-efficiency of boiling taps, please take a look at our article on The Benefits of Boiling Taps.

How Do Instant Boiling Taps Work?

Boiling water taps are essentially a heavily insulated tank of water that is connected to a tap that sits on your kitchen counter. The water is brought to boiling point within the tank and held there for a continuous supply of hot water. The tank for a boiling tap roughly has 25 cups per hour of hot water.

How to Fit a Boiling Water Tap

While it’s easy to hire a professional to fit your hot water tap, it’s also very costly. You’re much more likely to see a better return from your energy bills if you’ve reduced your upfront costs.

Fitting a boiling water tap does sound like a big job, but as long as you understand which pipes are which, and you follow the instruction manual that can with your hot water tap properly, you won’t encounter any problems.

Installation of a boiling water tap