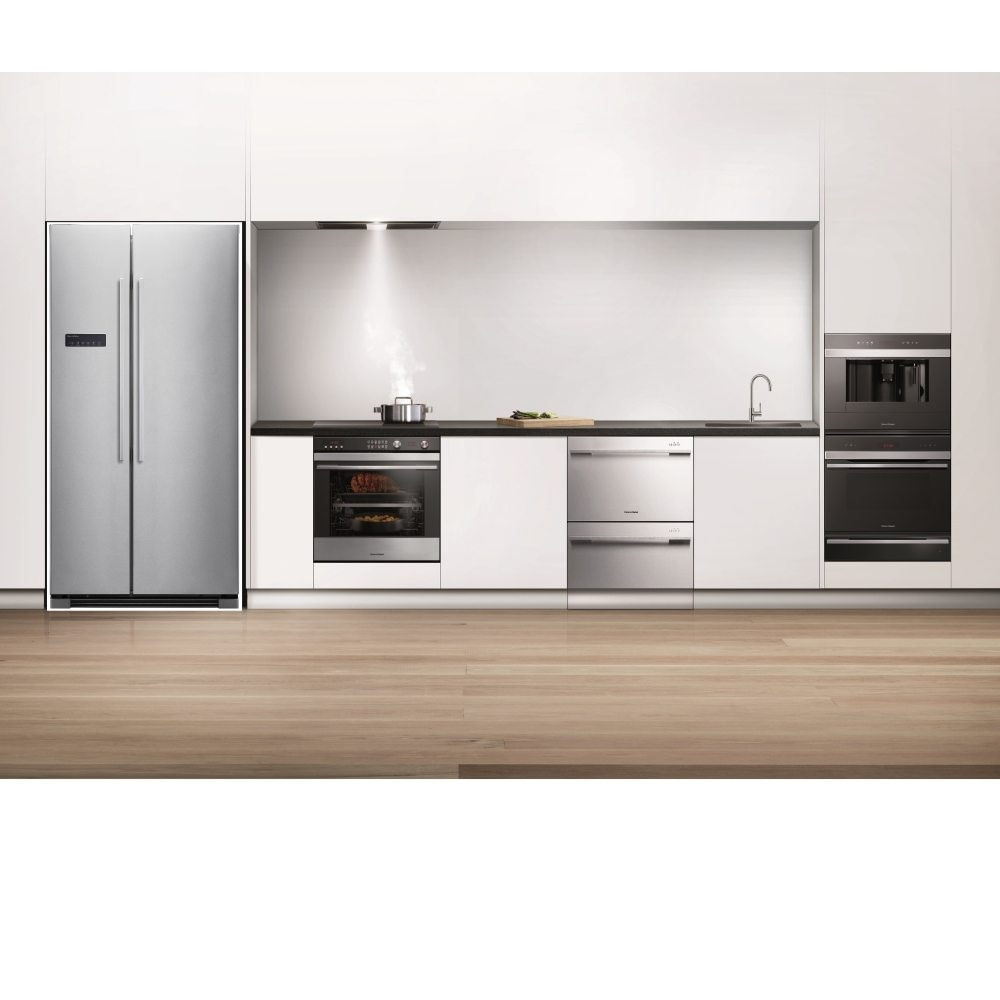 It’s all about the kitchen as the social hub of the home and the ease with which one can entertain friends with a Fisher & Paykel kitchen. This is the mantra behind the second television commercial launched as a part of F&P Australasia’s new advertising campaign.
Filmed from the point of view of the male host of the dinner party, this ad communicates the range of emotions commonly experienced when cooking for a group of people – from the chaos of preparation, to the satisfaction of presenting the masterpiece, to the dreaded job of cleaning up – all of which is made easy with Fisher & Paykel.

We stock a huge range of Fisher & Paykel appliances at Appliance City, including the iconic Fisher Paykel Dishdrawers, universally recognised as the world’s most advanced dishwasher. And even that doesn’t do justice to the unique DishDrawer. Put delicate crystal in one drawer, heavily soiled pots in the other, and let the ultimate in dishwashers take over.

The coolest kitchens rely on stylish design with more than a dash of intelligent technology. Nothing sums up that ethos better than the Fisher & Paykel range of ActiveSmart refrigerators. The Emphasis: Fast cooling and freezing, optimal temperatures for a diverse range of items combined with intelligent use of space. The Outcome: Enjoy an ease of use seldom found elsewhere and food as nature intended it to be.