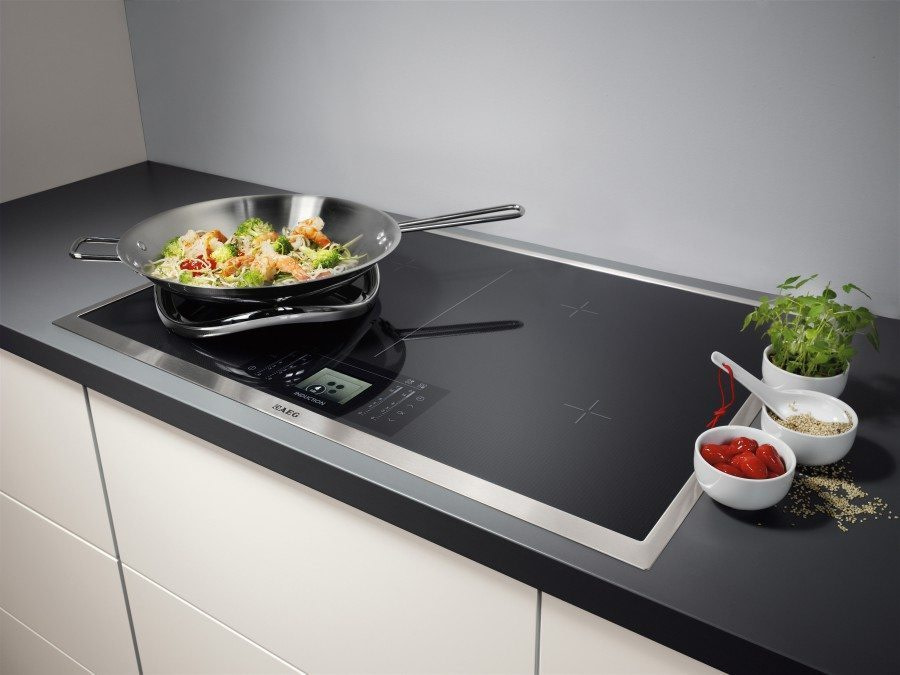 If you’re interested in upgrading your hobs to an induction cooking model, then you’re in the right place. In this post, we’ll be giving you the skinny on everything you need to know to help inform your purchasing decision. Induction hobs are quickly becoming a household favourite. From its design to its capabilities, our customers love them, and we think you will too.

But if you’re new to the induction hob market, you‘ll want to know where you should spend your money, what to look out for and you may even want to know some key information about the hobs themselves. Don’t worry, we’re going to try and answer the questions you have.

We will be answering the following:

Read on to find out the answers to the above questions, or head to the bottom of the page to see the rest of our helpful hob guides. Be sure to head to our complete range of hobs after this, where you shop from our line of outstanding induction hobs.

What is an Induction Hob?

Induction hobs are shaking up the cooking market with their innovative technology. When it comes to hobs, you’re probably already used to ceramic or gas hobs. Well, induction hobs can be very similar to ceramic hobs in appearance. They tend to be flat and have heating zones. They don’t have burners, griddles and supports to hold the pan above the burner.

Induction cooking is very different to the more traditional gas and ceramic methods. We’ll go into the details of how it works in the next section post, but essentially it only heats the pan that is placed on it and is on the whole a quicker, more efficient and responsive cooking experience.

How Does Induction Cooking Work?

An induction hob has an electromagnetic coil underneath its cooking zones. When electricity is passed through this coil, it creates a magnetic field that is constantly fluctuating. It barely heats up the surface beneath. This is why induction hobs are a really safe way of cooking. You can turn up one of your induction hobs to full and touch it without burning yourself at all.

The magic happens when you put a conductive pan on to the hob. So, for example, cast iron pans work really well on induction hobs. As they are a poor conductor of electricity, the magnetic field creates lots of small electric currents in the pan. This is in turn converted into heat. The induction hob heats the pan without heating itself up in the process.

This has a number of benefits:

How Do You Use an Induction Hob?

The controls of an induction hob aren’t as instinctive as the controls of a gas hob are. They mostly come with a little control panel at the middle of its bottom edge. Many of them require a magnetic dial to be placed on it to turn it on. This is a great safety feature as you can keep it out of children’s reach to ensure they don’t start playing with it.

The features vary from brand to brand, but speaking generally, you will have 2 to 5 induction zones to use. They normally have numbered power levels. These can range from 1 to 5 or from 1 to 20.

They often have child locks, timers and even programmable cooking settings. If you use these to their full potential, you can set up all the hob cooking you need to do and set the correct timers. For example, if you were to cook a roast, you could have all your vegetables cook themselves whilst you put your feet up.

Bring your kitchen into the 21st Century with our impressive range of Induction Hobs. Free delivery available when you buy today. Buy now from Appliance City!

How Do You Clean Your Induction Hob?

One of the best things about induction hobs is how easy they are to clean. As they are generally a flat, hard surface, they are as easy to clean as one of your kitchen counters. But here’s a little step-by-step guide. All you need is:

Here’s what you do:

What Cookware Should You Use with an Induction Hob?

There is one drawback to using an induction hob. You will have to make sure that your pans are compatible with it. Because it uses electromagnetic fields to cook rather than traditional heating elements, your pans need to be conducive to the induction hob.  If your pans are made from magnetic stainless steel or you use cast iron pans, then you’re all good.

Iron is the most recommended type of pan to use. Have a dig around in your cupboards before buying an induction hob and see if you’re ready to make the leap. You don’t want to buy a new hob and then realise you can’t use it.

How Much Energy Does Induction Cooking Use?

The big question on everyone’s lips when it comes to considering an induction hob is how much energy it uses. Well, when compared with a gas hob, it uses much less energy. You can even test this yourself at home if you happen to have both. But as that is very unlikely, here’s what happens when you boil a litre of water on an induction hob and a gas hob.

The gas hob takes just under 9 minutes to boil a litre of water. In the process, it will use roughly 1,000 BTUs (British Thermal Units). If you boil the same amount on an induction hob, it takes just under six minutes and uses roughly 0.12 kWh of electricity. That is equivalent to around 420 BTUs. As you can see from this small test, using an induction hob can be over half as efficient as using a gas hob.

You should have enough information to make an informed decision about what induction hob to buy. We have a fantastic, wide range of induction hobs for you to browse from on our website alongside our other types of hob: ceramic, gas and domino. You’ll find them all in our cooking section, which also features our fantastic selection of range cookers. If you need an extraction solution for your new hobs, see our full range of cooker hoods here. And for more helpful guides on hobs, see below: