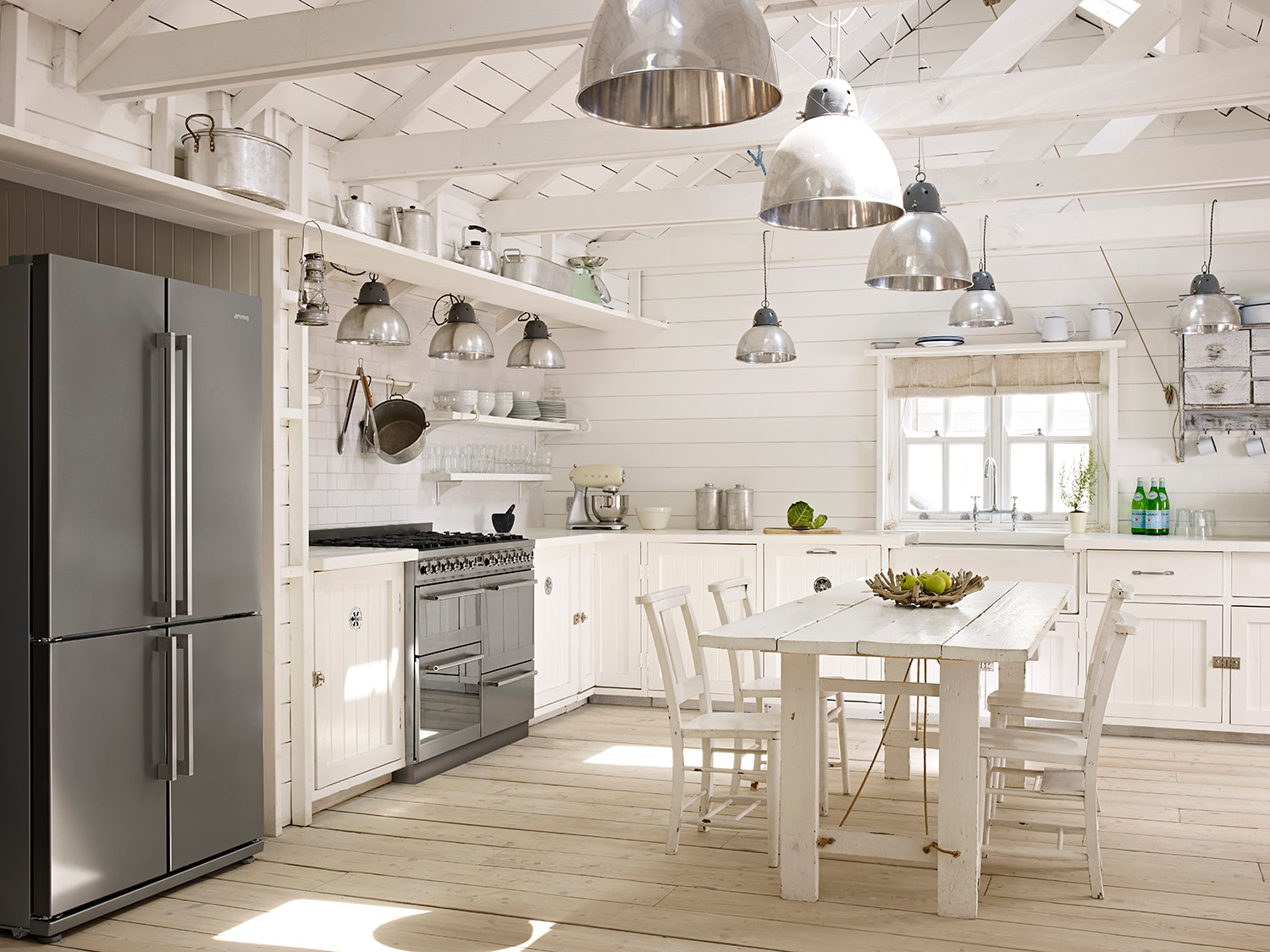 The name Smeg is synonymous with classic style and is known throughout the world.

What originally started as an enameling / metallurgy plant in 1948 by the Bertazzoni family has emerged as one of the leaders of home appliances in the world. The Bertazzoni family knew their cookers, since they were featured in 1906 at the World Expo in Milan. This wasn’t a Smeg cooker, but a Bertazzoni. Little did they know they would become one of the most sought after appliance brands.

The 1950’s saw an emergence of range cooker technology from Smeg with the introduction of the earliest gas cookers, with safety shut off and programmer. Smeg’s range cookers have come quite a way since then. They are still innovating the art of cooking with such features as induction hobs, built in rotisseries, pizza stones and removable doors. From cooking your favourite dishes to keeping your oven clean Smeg is covering all the range cooker angles.

Not long after the introduction of the gas range cooker Smeg started expanding it’s empire to include ranges in dishwashing and laundry.  Breaking all the boundaries, Smeg was the go to brand in the 1960s for convenient home appliances.

It was the homemakers dream to have someone to do their dishes. In 1970, this dream became a reality. Smeg introduced the first 60cm 14 place setting dishwasher. Goodbye were hours standing at the sink after a big family meal. Adverts were showing happy wives and homemakers relaxing with the family whilst their dishwashers did the dirty work.

The 1970s saw an influx in creation at the Smeg factory when they began producing built in hobs and ovens. During that time Smeg started partnering with world wide architects to produce home appliances that were just as stylish as they were fashionable.

Fast forward to the 1990’s. The time of grunge and garage bands and the introduction of Smegs iconic 1950’s style retro refrigerators. They produced other things but Smeg is very well known for their retro style home appliances. Equal parts style and functionality, think of your favourite modern range cooker with all the bells and whistles that looks like something that stepped straight out of a mid century home.

Here at Appliance City we love Smeg’s line of retro refrigeration. It pairs so well with their Victoria Built in range. If you wondering how your a Smeg retro fridge would look in your favourite colour, you can stop by our showroom in Bunny, Nottingham where we have several different colours on display.

If you are looking for home appliances that serve up style whilst delivering top of the line functionality Smeg is the answer for your white good needs.