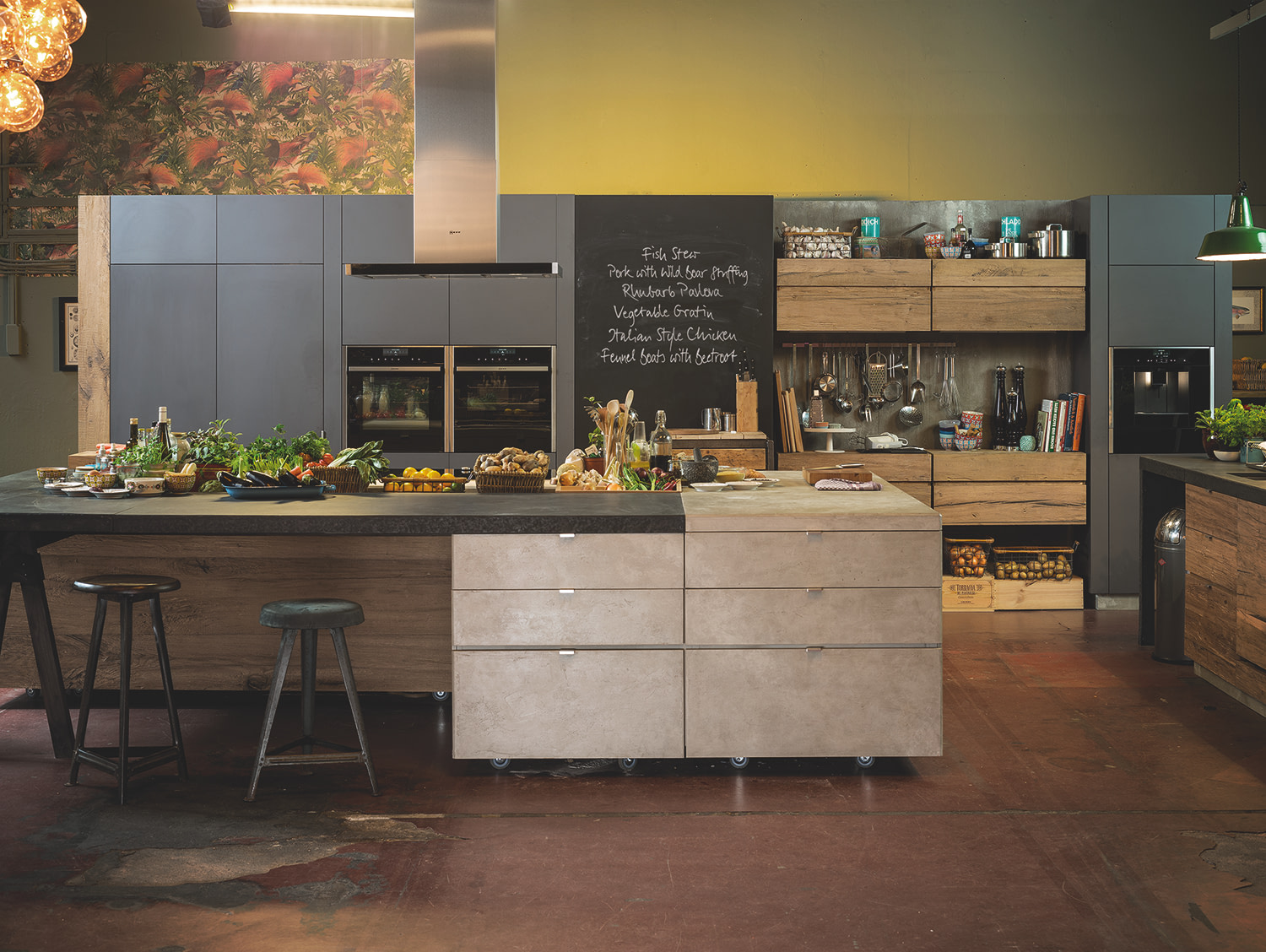 Neff isn’t a new brand to be gracing our kitchens, it has an illustrious history going back 138 years.

Originally founded by Carl Neff in Bretten, Baden-Württemberg in 1877 as a stove and oven factory. Over the course of the next 60 years it would continue to innovate the world of cooking, ovens and hobs.

1919 saw the introduction of the first patented gas oven/burner by Neff. This original invention was meant to be used in a more commercial setting, primarily for confectioners.  It was the beginning of fantastic things for Neff. In 1949 Neff achieved its place in the everyday household with a standalone hob with an enamelled surface. Can you imagine cooking on something this small? In today’s age of 110cm range cookers, this old standalone hob is dwarfed in comparison. At the time it was the must have home appliance for the kitchen, making baking and cooking something everyone could do as a matter of convenience.

Not long after the emergence of the standalone hob, in 1954, Neff introduced the first microwave oven to Europe. Yes, that little machine that sits on your worktop and heats up your food, defrosts your meat and makes sure your porridge is delicious was brought to us by none other than Neff.  Of course the microwave ovens of the time were nothing like those we have today. They were large taking up a serious amount of space and they were heavy. There was no moving your kitchen around and finding a new place for this kitchen appliance. Once it was there, it wasn’t going anywhere.

The 1950’s were a time of massive leaps ahead for Neff. They introduced the first thermostats in ovens and brought out their first induction cooker.  Induction cooking wasn’t new to the world, it had been first introduced in the United States several years earlier, but it was the beginning of a line of products it would excel at in the future. Induction cooking was much more efficient than the traditional gas or electric cooking since it used magnetic energy. It wouldn’t fully catch on until later, but these were it’s humble beginnings.

In modern times, Neff is definitely known for its outstanding built in range. In 1961, they brought out their first built in oven, giving homes the ability to design their appliances around their kitchens instead of vice versa. It made their kitchen much more workable and storage spaces much more convenient.

1971 saw Neff change the oven landscape forever. They released their CircoTherm technology in their ovens. CircoTherm technology added fan driven heat to baking and cooking. This allowed home cooks to achieve even results no matter what they were baking. CircoTherm is where air is pulled from the oven cavity, heated up then driven back into the oven. Heat is evenly distributed throughout the oven so there is no uneven browning or over cooked edges or bottoms occurring.

Like the 1950’s the 2000’s saw an influx of new Neff ideals. Neff introduced their built in coffee system, VarioSteam and Flex Induction. All of which would begin shaping the landscape of future kitchens and the technology that homeowners would want when speccing out their new kitchens.

In 2005 Neff brought coffee house style coffee directly to your kitchen with the release of their Compact Cafe. If you’re a lover of coffee (like I am) having a barista in your home would be a dream come true. This is one step in the right direction. Perfect coffees made exactly the way you want them at the touch of a button. Without having your own barista could it get any better?

2011 saw the introduction of FlexInduction, the intelligent way to cook. These hobs are fantastic. Instead of having four or six separate heating zones it is one large heating zone. This allows you to use pans of all sizes and shapes and cook the way you want, in the most efficient and professional way possible.

VarioSteam is the most recent Neff feature to be released into the world of appliances. It combines steam and heat to cook foods to perfection. Over the last two years steam ovens have began to gain popularity as customers realise the culinary opportunities and perfection that is achieved with a steam oven.

Neff isn’t all about cooking they also offer dishwashers and other built in home appliances. Have a browse of our showroom where we have full Neff product lines on display.