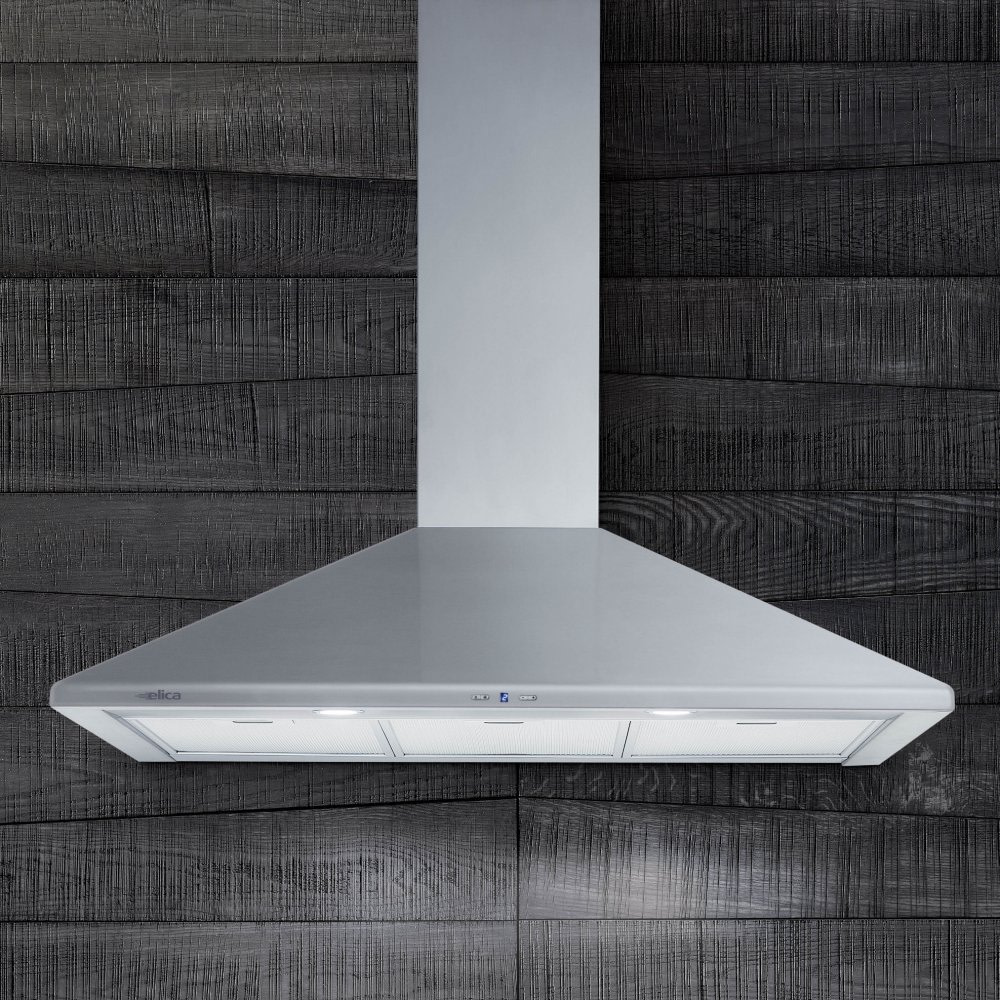 Within our extraction section, we have a bunch of different types of cooker hood for you to shop. Cooker hood design is a very broad church and you’ll hear terms like chimney hood, island hood, ceiling hood, canopy hood and much more. With all these different terms of reference, it’s easy to get confused and you don’t want to make any mistakes when buying a cooker hood for your home.

So, in this article we’re going to discuss one of the most popular types of cooker hood that we sell and that is the chimney hood.

The purpose of cooker hoods is to ventilate your kitchen and extract the odours, smells and debris that is put out when you cook. A chimney cooker hood is in reference to its design.

A chimney cooker hood is arguably the standard design of cooker hoods. They have a canopy, which then ducts through a chimney. They can be wall-mounted or freestanding and they can be installed without ducting or can be ducted outside.

What Are the Types of Chimney Cooker Hood?

Chimney Hoods typically come in a few different styles. We have categorised some of the chimney hoods we sell by design and they are:

What Do You Look For in a Chimney Cooker Hood?

When shopping for a chimney hood, there’s a few things that you want to look out for, but these don’t differ from what you need to look for when buying a cooker hood in general, no matter what type. These are:

Controls on a cooker hood are pretty simple, and they will all generally be absolutely fine to use. Having said that, you might find having controls on the front of the hood easier to use.

The extraction rate is important as this is how quickly it’s going to deal with those odours and smells. It’s measured in m3/hour and the higher the rate, the better. The design is self-explanatory, do you want a chimney hood that’s traditional in appearance, or would a modern, glass design be more suited to your kitchen.

Energy rating is another really important one. Impact on the environment aside, think of your energy bills! We should all be doing what we can to pitch in with the efforts to reduce our carbon footprint, but a really efficient cooker hood will let itself be known in your bills.

For fantastic deals on cooker hoods, head to our Extraction section. Filled with the latest models from top, market-leading brands, we’ve been supplying our customers with high-quality cooker hoods for years.

If you have any questions about our chimney hoods or more that haven’t been answered above or elsewhere on the site, then please get in touch. We’d be more than happy to impart some of our expert knowledge onto you.