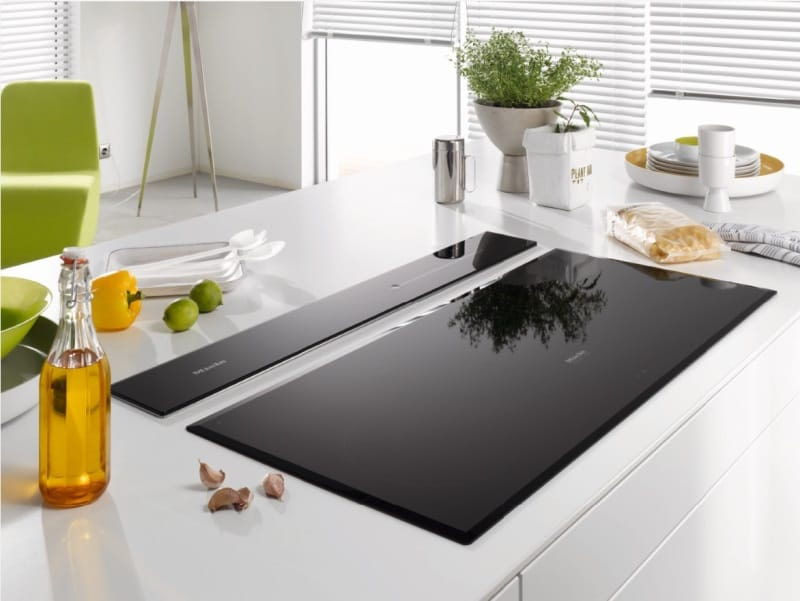 We carry a wide variety of cooker hoods here at Appliance City. Available in lots of different styles, we have a cooker hood to match any kitchen or build. Whether that’s through functionality, style, design or the brand that makes it.

We’re going to be talking about ceiling hoods in this post, and what sets them apart from the rest. They’re an interesting style of cooker hood and one that is growing in popularity as more and more people renovate and upgrade their kitchen to larger, more open layouts.

So, what are ceiling hoods? Why would you buy one? And when is a ceiling hood right for your kitchen?

What is a Ceiling Hood?

A ceiling hood is a cooker hood that is installed to be flush with your ceiling. No prizes for guessing that it involved a ceiling, but this type of design makes for an interesting bit of kitchen design, and can preserve the sense of space in your kitchen.

Because they’re installed to be flush with the ceiling, you have an appliance that’s really not intrusive at all to the kitchen design. It’s not sticking out of the wall, it’s not drawing your eye, it’s just up on the ceiling and out of the way.

You’re probably thinking, how is it going to work if it’s that high up? We’re accustomed to cooker hoods being about a metre above the surface of the hob, but with ceiling hoods that doesn’t have to be the case.

Contemporary design means that ceiling hoods are no less effective despite being considerably further away from the hob that you would expect. Modern extraction rates are always on the up, and your hood doesn’t need to be as close as you may think.

How Are Ceiling Hoods Ducted?

You’re probably wondering how you can duct out a ceiling hood, considering its design. This is quite easily done with some straight ducting. As opposed to a normal ducting tube, you can get some more direct ducting solutions.

Some tips for ducting a ceiling hood:

These little hacks will help your extraction be efficient and effective. Just because ceiling hoods tend to be further say from the wall than a traditional hood, doesn’t mean they can’t perform as well.

Check out our full range of Ceiling Hoods in our Extraction section. Alongside many other types of cooker hood they’ll make a great addition to your kitchen, providing the performance and efficiency you need.

For a cooking appliance to go with it, our Cooking section has a wide selection of range cookers and hobs for you to check out. We only stock appliances from top brands that we can rely on to keep our customers satisfied, so see what fantastic deals you can get when you buy online today!