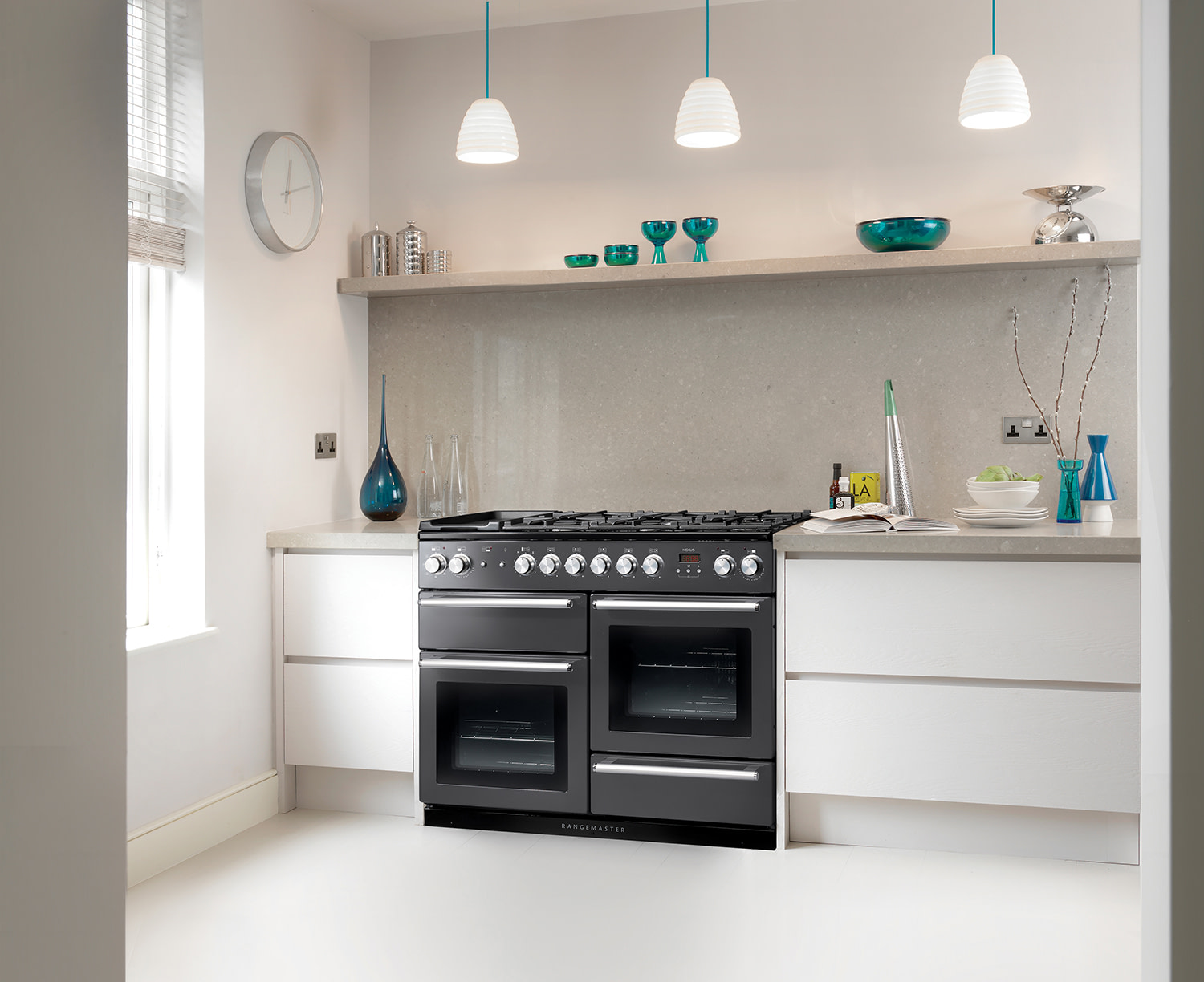 Rangemaster is common household name around the world and there’s a good reason for that.

Rangemaster was founded over 200 years ago by John Flavel. Shortly after it’s inception, he built the original factory in Leamington Spa. That factory still remains though I doubt Mr. Flavel would recognise it today. It’s had loads of changes and investment to make it the state of the art range cooker facility that it is today.

In 1833, John’s son William Flavel would go on to invent the world’s first range cooker, then known as “The Kitchener”. Little did William know, the Kitchener would still be manufactured and sold throughout the world nearly 200 years later.

The Kitchener would revolutionise how homes prepared their food from then on. The ability to roast, boil, bake and warm were now available from one compact device in the kitchen. I say compact, but this was in fact a cast iron serious set of machinery built for anything from the smallest of houses to the biggest of hotels. Culinary activities were forever changed.

1851 saw The Kitchener featured at the Great Exhibition at Crystal Palace. During it’s period on display Queen Victoria and the Duchess were taken by it’s majesty and even had one ordered for the kitchens in Kensington Palace. From then on monarchy’s around the world touted The Kitchener as the most sought after appliance to have in the kitchen.

Fast forward to 2011. Rangemaster is still producing the historical Kitchener but it looks a bit different. More modern, no solid fuel and much more energy efficient.

The cookers of the modern generation look much different to their original cast iron grand fathers. In 1951, Rangemaster offered the first range cooker that was available in “colour”. Rangemaster would go on to to create features that seemed futuristic like dual fuel and fold away grills. Rangemaster hasn’t stopped being innovative since its beginnings.

In 1995, Rangemaster would up their game and offer the first double oven range cookers. The Rangemaster 110 would go on to be the highest selling range cooker in the portfolio.

This is where things take an exciting turn. We know that Rangemaster makes range cookers to die for, but what about everything else they make?

Rangemaster American and French style fridge freezers provide ample space in both the fridge and freezer sections for even the largest of families. Typically British homes are outfitted to handle a fridge freezer of this size so it is best to have one fitted specifically when you are designing or redoing your kitchen.

If you are looking for top of the line features, Rangemaster American or French style fridge freezers won’t disappoint. Many arrive with built in water and ice dispensers, crisper and freezer drawers and a ultra low decibel rating approximately 45dB. Both fridge freezer styles come in a variety of colours to suit your needs.

If you’re more in the market for integrated refrigeration, Rangemaster can still be your solution. With separate integrated fridges and freezers or an integrated 70/30 split fridge freezer, Rangemaster tailors to different designs for different kitchens.

Currently, if you are in the market for a fully integrated dishwasher, Rangemaster can fulfill your needs. They don’t currently make a freestanding dishwasher, but there’s nothing stopping them from doing it in the future. Their fully integrated dishwashers are built to the highest of standards with A++ energy ratings, room enough for up to 12 place settings and two year parts and labour warranty as standard. Outfitting your kitchen in Rangemaster appliances not only looks good, but is great for the environment as well.

Rangemaster not only does range cooking but built in ovens, hobs and even cooker hoods to match their appliances. What’s stopping you from checking out our full selection of Rangemaster products?