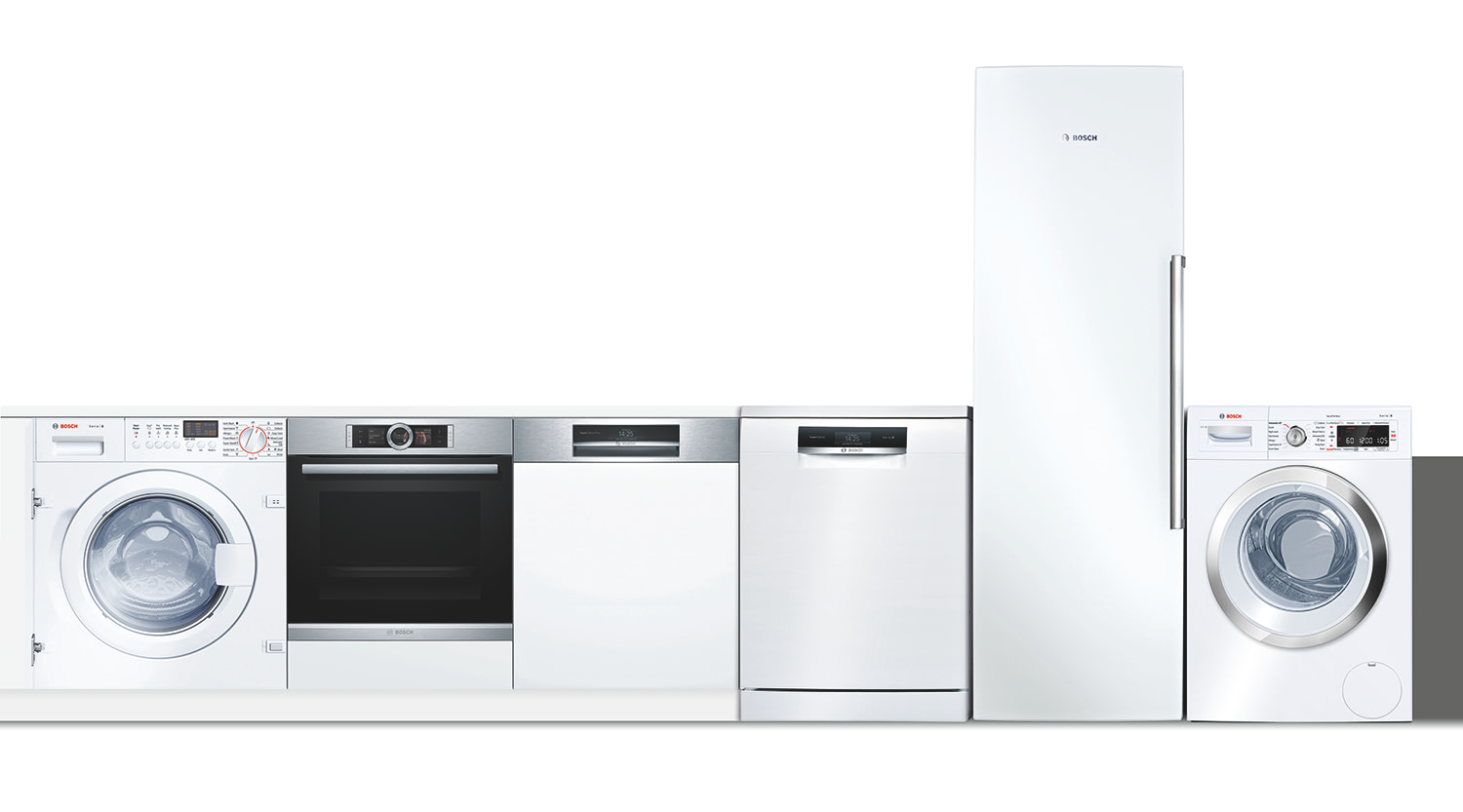 What began as a manufacturing company of ignition systems and hammer drills slowly started churning out household items. In 1933 Bosch released it’s electric refrigerator at the Lepzig Trade Fair. It stunned it’s competition, round in shape, low in energy usage and relatively inexpensive it was the start of a massive beginning for Bosch in white goods.

In 1949, Bosch started changing the refrigeration game. They offered models that had spacious fridge and freezer spaces and were economical so no longer were they just for larger households, but smaller households could now afford them. This is also when the shape of today’s refrigerators started. Bosch called it their “slimline” design and it’s carried on that shape through to the modern age.

Jump forward to 1958, Bosch introduces their washing machine and it goes into mass production. Long gone are the days of housewives working their fingers to the bone doing the washing, when the machine does it all for them.  Image Credit: BSHS

Today’s Bosch laundry is tried, tested and among some of the top selling brands in the UK. With such features as an A+++ energy rating, 1400rpm spin speed and competitive pricing, Bosch washing machines are a common occurrence in British households.

Love Bosch washing machines? Grab one for your home today.

Just a short six years later Bosch changed the way we washed our pots forever. In 1964, they introduced their dishwasher. With more and more women joining the workforce and having less time to do household chores, Bosch was out to make their lives just that little bit easier. Saving their time, money and water usage, the dishwasher gave them the results they wanted without the effort.

The Bosch dishwasher is still highly popular today, in fact one of our best sellers. With a fantastic A+ energy rating, room for loads of place settings and configurations it is perfect for families of all sizes. Plus with the two year standard parts and labour warranty you can rest assured that you can rely on it at all times.

Say goodbye to washing dishes by hand! Say hello to a dishwasher from Bosch.

The 1970’s wasn’t just the introduction of polyester print tops and flared, bell bottom trousers but Bosch’s introduction of the Freestanding Washer Dryer. Perfect for households that didn’t have a lot of space for both a washer and tumble dryer, or those who didn’t either have the time or want to switch the laundry over from washer to dryer. It was the one stop shop for laundry perfection. Washed and dried in the same machine all that was left was to iron – or get their mums to do it.

This method of laundry convenience hasn’t changed since 1972 when they were introduced to households across the world. In fact, they are a bit more common nowadays because of their ability to be used in homes that are a bit on the small side. As we know here in Britain we don’t typically have the luxury of a laundry room. This machine makes it easy to do it all right there in your kitchen without needing both machines.

The 1970s not only saw the introduction of the washer dryer, but Bosch started working on more white goods for the home. By 1981, Bosch was ready to introduce built in cookers along with the emergence of the self cleaning function. That one function would revolutionise cookers and be one of the more sought after features in modern cookers.

If you’re looking to step up your laundry game or bring style and functionality to your kitchen take a look at our full range of Bosch Home Appliances.