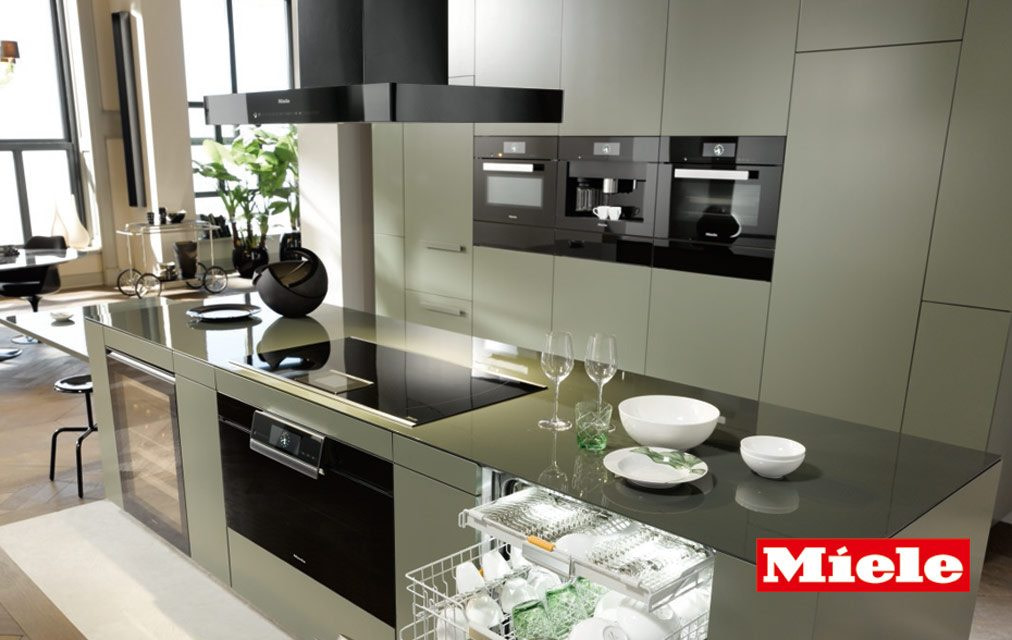 For more than 100 years Miele has been delivering top quality white goods.

Miele was originally founded by two families, the Miele family and the Zinkann family in 1899. Their first endeavour was a cream separator which they developed and produced in their factory in Herzebrock near Gütersloh.

In 1901, Miele went from just separating cream to a full butter churn. Whilst this doesn’t sound so spectacular today it greatly reduced the amount of work done by farmers wives during the 20th century.

Two short years later, in 1903, Miele started producing their first washing machines. A technological advancement at the time, this washing machine wasn’t yet powered and still required a good amount of elbow grease to get the job done. This was a far cry from washboards and was much easier to operate.

Miele’s electric powered washing machine wasn’t far behind their original washing machine. In 1911, they released their first washing machine equipped with an electric motor and wringer. It forever changed the way laundry was done in households. I’m sure housewives were grateful for the lack of pruned fingers after this Miele release.

It may be a huge leap of an idea but the year following the release of Miele’s first electric washing machine also saw them producing their first and only line of automobiles. From 1912 – 1914 Miele produced automobiles, but thereafter abandoned the expensive venture.

Pre World War I, in 1914, Miele introduced a washing machine driven by water. During this time electricity was both still not widely available and much more expensive than water. This introduction by Miele had a greater customer reach since water was readily available, reusable and much more cost efficient for households at the time.

Miele had faith in it’s products so much that even in 1916 it offered the ability to get a 10 year warranty on request. The 10 year warranty is still offered by Miele and is typically standard!

In 1924, Miele started it’s new line of products with a bang by expanding their facilities. Miele opened a new factory in Bielefeld to start production on a line of bicycles.

Miele made changes to the way it manufactured large scale laundry machines in 1925. Looking to get a wedge in the hospital, hotel and restaurant market Miele designed large washing machines that were powered by coal and gas. These oversized washing machines were paired with an equally large tumble dryer.

From cream separators to automobiles in 1931 Miele extended it’s reach in the home appliances sector by offering its first vacuum cleaner. The design they used called the “L Design or Torpedo Design” is still in use today by manufacturers like Kirby.

Housewives, servants and home husbands could say goodbye to taking rugs out to beat them. The laborious task of floor cleaning was forever made easier by this unique device.

Is there anything Miele haven’t done? In 1932 Miele gave a new meaning of quality of life for people who traveled long distances without the aid of an automobile with the introduction of their motorised bicycle.

During the war, production of home appliances and the demand for them was at an all time low. Whilst Miele did still make stoves during the war, things like washing machines were put on the back burner. Instead, they focused on beefing up the bicycles they sold to last longer and wear better.

After the war, Miele was able to focus on their home appliance products again with an increase in demand. They produced their first washing machine with a lid mounted aggitator and ball bearings. Long gone were the wooden barrels of washing machines, the new line from Miele featured galvanised steel ensuring long lasting performance.

Motorised bicycles were an idea of the past by 1954. Miele introduced their line of motorcycles and mopeds. They also changed the way that they advertised their products. Instead of just colourful leaflets with product images they began to give customers more of the specifications and information they asked for and required. This started with their line of motorcycles and mopeds.

Post war was a time for growth and opportunity. In 1958, Miele brought the ability to dry clothes to the every day home with the introduction of the electric tumble dryer.

Whilst Miele enjoyed a successful run at bicycles, mopeds and motorcycles, in the 1960s with the release of their latest motorcycle / moped they ended their production of the product line. Instead they invested their time and energy into the home appliance division with vacuum cleaners, dishwashers and laundry.

In 1963 Miele introduced the G45 Dishwasher to the market. It featured the ability to wash up to 12 place settings and had a measured detergent dispenser. Instead of being a standalone appliance it had the ability to be built under the worktop in modern kitchens. This ability ushered in the built in ranges of white goods, creating kitchens that resemble the modern kitchens of today.

In 1974 Miele revolutionised a built in kitchen with appliances that were built with kitchen design in mind. They not only offer the appliances themselves but also a full Miele kitchen. During the 1970s cabinetry fronts were available in vibrant modern colours or classic wood designs. Miele kitchens were a major attraction – think of a high end Ikea of 1970s Germany!

The 1970s also saw the era of the microwave begin. It was an genius invention I must say. Miele introduced its first microwave in 1977, the M 690. Originally, Miele microwaves were built to be on the worktop. Later in the production line, Miele would begin producing a built in version of this highly sought after appliance.

The 1980s were a time of massive advances in technology across the world. Energy efficiency and environmental friendly policies and practices aren’t something that recently came about but was also an important endeavour in the 1980s. In 1981, Miele introduced computerised technology to it’s laundry range. They also increased load size and spin speed, reducing energy cost on their models.

Fast forward to 1996. Many changes have taken place within Miele. They are more forward thinking with the manufacturing of full Miele built in kitchens. They’ve fully automated and computerised their system and in 1996 they brought in “the update”.

What is the update you ask? It is a fully computerised, programmable system for Miele laundry. It had the ability to be updated years in the future for the changing of fabrics and trends. Going along with their 10 year warranty it made their products withstand the test of time.

The 2000s saw many advancements for Miele, the first of those being the introduction of their honeycomb drum design in 2001. The honeycomb design is still in use in their washing machines today.

2007 saw the introduction of MoisturePlus to their built in cooking range. This feature kept roast meats succulent and baked bread to perfection. Their built in range became more user friendly and all aspects of the models fit perfectly with one another.

Miele ushers in the digital age in style with the introduction of it’s iPhone app in 2010. With the Miele InfoControl Plus you can easily program and access your Miele appliances directly from your iPhone. Programme your coffee machine, turn on the washing machine or set the dishwasher to start after dinner all from the comfort of your bed.

Iin 2012 Miele presented their FlexTouch Induction hobs to the world. This fantastic design allows the user to place a pan anywhere on the hob surface to cook. No longer are you stuck with the traditional burners, the ability to use of pans of all shapes and sizes  is now both a reality as well as simple.

Miele will continue to bring appliance technology to the forefront of our minds with their intuitive designs and ease of customer use. Watch this space for new Miele product lines in the future. If you’re looking for Miele’s amazing PureLine technology why not stop by our showroom where we have it on display?